I straddled the end of the season here.  The weather ended up being cooler than normal and much cloudier than I would have liked.  I was very happy to be safely ensconced in a lodge on the east side not too far from St. Mary, from whence I launched dayhikes instead of being hunkered down in a cold tent in the backcountry – assuming I had been fortunate(?) enough to get a reservation.  Even then, I failed to dress for the cool temperatures. My hands especially suffered, to the point that they could not perform simple tasks. Lesson learned. So the circumstances were less than ideal, but the rewards were much greater.  See for yourself.

Note: Glacier National Park is definitely worth visiting.  But, for me, the pictures I took lagged behind the experience by much more than they do in other places. Perhaps it was the everpresent clouds while I was there.  Perhaps it was because the immense scale does not translate well into a photograph.  Whatever the cause, the result is that I ended up with fewer pictures worth of this blog than I had would have liked. Perhaps I’ll be able to return some day and rectify the problem.

Click here to see the photos from my Summer 2017 trip to Glacier. 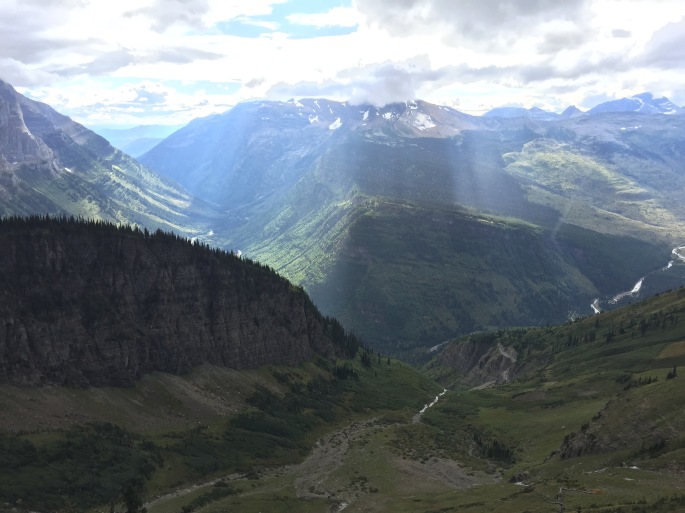 The Chinese supposedly have an expression that is used as a curse: “May you live in interesting times.”  The next three photos illustrate an “interesting” encounter.  As I  walked down the Highline Trail I passed a couple that had stopped.  They said something to me, but I didn’t understand, so I continued since my time was limited. 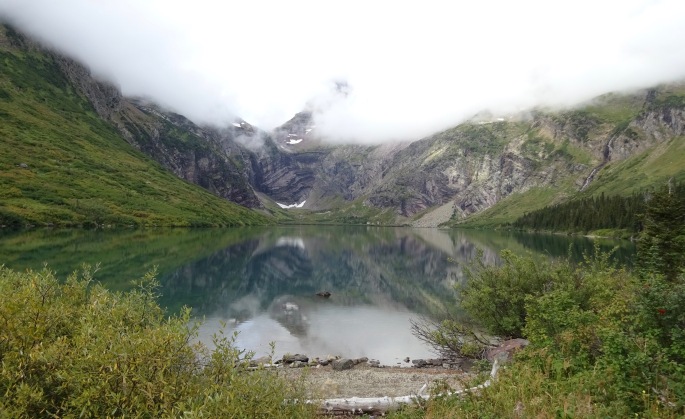 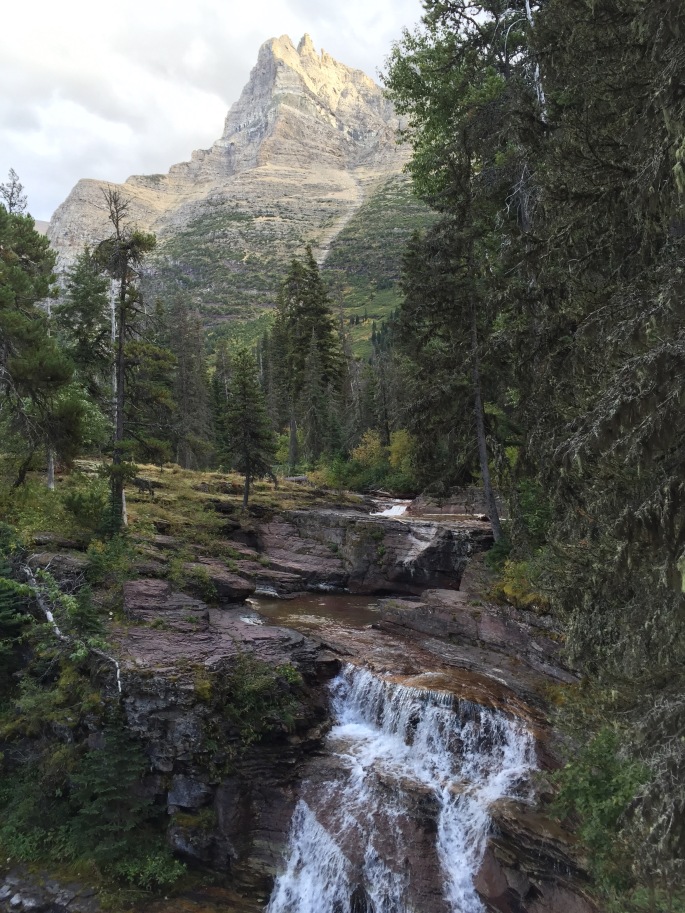 As far as I was concerned, these two bucks were the stars of the show, but I have some questions. Their antlers were so different; why? Perhaps the reddish ones have just recently lost their velvet. They were travelling, happily I presume, together and with a few younger bucks that had far smaller racks. Rutting season is just around the corner. What’s the deal?

These two bucks were wandering near the Iceberg Trail along with several much smaller bucks.  But I have some questions.  Why were their coats colored so differently.  Their antlers were also so different; why?  Perhaps the reddish ones have just recently lost their velvet.  Rutting season is just around the corner, yet they all seemed so buddy-buddy.